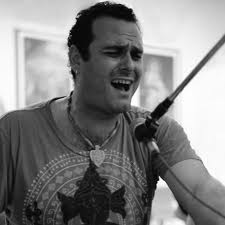 This is 24 Hour Kirtan Mandali Podcast #1 which was first released in July 2009 by RockOM.

Gaura Vani is a multi-disciplinary artist – fluent in music, film and visual arts. He is most known for his Mantra Music performances. Gaura Vani’s events are unifying and transporting – a mix of participatory rhythm and song, story and dance.

He travels often performing both as a solo artist and with his sacred music ensembles Sita & the Hanumen and As Kindred Spirits. Gaura Vani performs regularly at eclectic venues like private homes, theaters, temples, yoga studios as well as festivals like Lollapalooza, Bhakti Fest and Wanderlust.

In this podcast Gaura Vani shares about Chant4Change (a sold-out chant event during Obama’s Inauguration), songs from their album Ten Million Moons, the essence and meaning of kirtan and more.